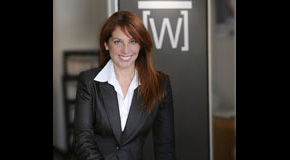 Modelogic, based in Church Hill, represents models as young as 4 years old. (Photos courtesy of Modelogic)

After 20 years in business, a Church Hill modeling agency is taking on Windy City.

Modelogic Wilhelmina, a talent agency that books models for national ad campaigns, fashion shoots and acting jobs, expanded this year with a new branch in Chicago. 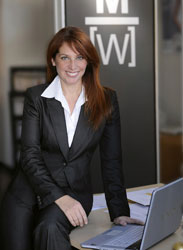 Modelogic founder Stacie Vanchieri said that because the agency already works with clients in the Midwest, the new office should make it easier to manage logistics. The expansion also represents a chance to tap into a new talent base, she said.

“There’s more competition in Chicago, but there’s a lot more business to be had,” Vanchieri said. “It has the potential to be twice the size of the Richmond office.”

The Church Hill location at 2501 Broad St. represents about 700 models ranging in age from 4 to 88, Vanchieri said. The agency books up to 20 jobs per week.

Vanchieri said Modelogic Wilhelmina regularly works with advertising companies such as Martin Agency and Barber Martin and their models have been featured in campaigns for the RoomStore, Virginia Lottery and Walmart.

The agency occasionally casts actors in Hollywood productions — including “Lincoln” and “Green Lantern” — but Vanchieri said most of the work comes from print campaigns.

“Big jobs are exciting, but small ones are our bread and butter,” Vanchieri said. “The volume we have is what keeps us going.”

Vanchieri said clients pay models by the hour or by the day, and the agency typically takes 20% of the booking fee.

“You have a product to sell,” Vanchieri said. “You have to package it properly, you have to put it in front of the right people, and you have to get the best possible price for it. It’s simple, but you have 1,000 personalities to manage.

Vanchieri, a Long Island, NY native who began her career as a fashion photographer, started the agency in 1993. During the first few years of business, Vanchieri photographed all of the models herself and contacted potential customers throughout the mid-Atlantic. Region.

“I was very aggressive trying to find business, and we still are,” Vanchieri said. “Clients don’t just think, ‘I’m going to call an agency in Virginia.’ But for the state we find ourselves in, we have an exceptionally strong talent base.

About 50 candidates apply to the agency each week, and Vanchieri said she also searches for new talent on the streets. She was featured on “Scouted,” a reality show that followed three talent agents as they attempted to discover the next big thing.

About two years ago, Vanchieri opened a second office in Milwaukee, which she said would be phased out in favor of the new Chicago location.

Vanchieri said the Chicago office signed 150 models and booked print campaigns for Kohl’s, Shopko and Foot Locker. Over the next few months, she plans to hire three additional employees to help launch a television department.

Once the Chicago office is further away, Vanchieri said she was considering another location on the West Coast.

“I want to keep building and building,” Vanchieri said. “It’s just in my nature. Otherwise, it gets boring. 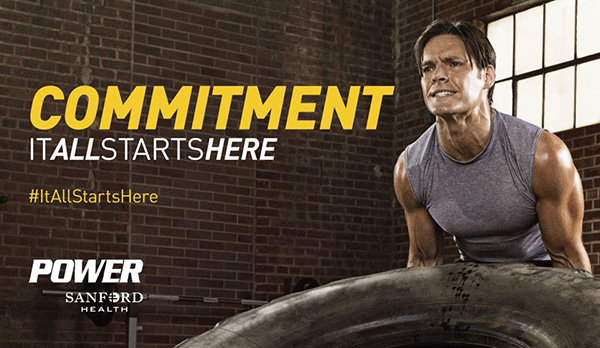 A model represented by Modelogic appears in an advertisement for Sanford Health.