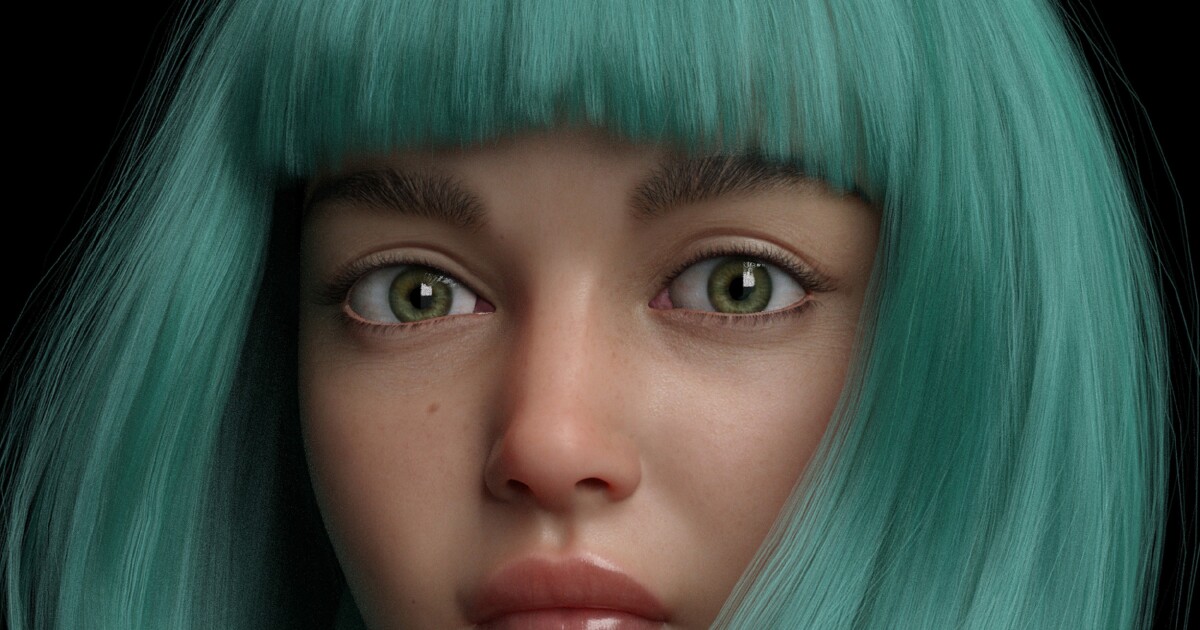 Teenage Mia always strikes the perfect pose, pointing her gaze at the camera as her turquoise bob swings in the air. A few years older, Jada is attracting attention with her shaved head and makeup-free look. Bella designs flowing kimono-style jackets and elegant one-sleeve jumpsuits for her line called Unhueman. A video of its new sustainable collection is set to premiere at Mercedes-Benz Fashion Week Russia as part of its September 6 digital exhibition for young talent.

The newcomers could be called larger than life. It would be if they were real.

Mia’s Instagram biography warns fans that she is a “non-human fashion model between fantasy and reality.” They are all computer-generated 3D models created by fashion designer Christian Guernelli, who also created the eight digital outfits that will be showcased at Mercedes-Benz Fashion Week Russia.

“The fashion industry needs a revolution,” Guernelli said recently from the backyard of her mid-century modern home in Culver City.

With experience designing for Woolrich, John Varvatos, Eva Franco and other brands in his native Italy and the United States, the 46-year-old says the mix of tech and fashion can transform the work of a designer.

“It’s kind of like you can see the same things around you, and I think the designers are no longer inspired,” he said. “I don’t think this technology will be a substitute. Actual models will continue to work. We will see fashion shows again as a real fashion show. But I think it’s an additional tool that can help designers create something new.

Dressed in a blue T-shirt, black shorts and mesh sneakers, Guernelli has a soft voice with an understated nature that contrasts with that of his slick models, which reveal an alternative take on fashion. Specifically, it’s a future free from real-life issues such as COVID-19, travel restrictions, and weak apparel sales.

He added that the technology could free the fashion industry from decades-old standards of beauty and size that exclude some people. “The CGI model, to a certain extent, kind of helps amplify that message to make fashion a little bit more inclusive of more groups,” he said.

Jada, Mia and Bella follow in the footsteps of virtual influencers Shudu, Lil Miquela and Liam Nikuro, who despite their lack of corporeality, have partnered with Balmain, Ugg and the NBA’s Washington Wizards respectively. Additionally, designer Anifa Mvuemba used an invisible 3D avatar to model her brand Hanifa’s Instagram fashion show in May. Unlike Unhueman’s collection, Mvuemba’s designs are made to be sold to real people.

Guernelli began building his CGI coterie after reading an article in January on Shudu. He did not base his models on living people. Using the Daz software, “I started building through different experiences and found the face I liked,” he said.

Several Bella and Mia followers on Instagram also liked them. “Some people asked me if I was real. They said, ‘You’re beautiful.’ I’m a little worried; like people will see at some point that I’m a bearded, bald guy,” he said with a laugh.

For Unhueman’s virtual fashion, Guernelli started with the same process he used to design real-life clothes. He pinned images of prints and colors to an oversized corkboard in a small bedroom-turned-studio. He subscribed to a 3D fashion design software called Clo. Frustrated with the 18 hours it took to render a model on his MacBook Pro, he shelled out $2,000 for a CyberPowerPC gaming computer with a special graphics card to cut the time by 80%. He downloaded the eerie soundtrack interrupted by apologetic drums for his 2.5-minute video from a royalty-free music site called Videvo.

The challenges in this virtual world are not lacking. Saisangeeth Daswani, who oversees fashion and beauty projects for corporate clients of London-based trend research firm Stylus, identified two. “The first is that the technical know-how and the ability to do [design] the same way to make it look like high fashion,” she said. “The second is how you can replicate that tactile aspect of things that’s so important when you think about materials and movement.”

Guernelli conceded that you can’t touch anything virtual. However, he says, “if you zoom in, you can really see the texture of the fabric.”

“Brands say, ‘They’re pretty, but how can I work with them? ‘” Guernelli said. “My dream is to go [a fashion shoot in] a few pages of Vogue.