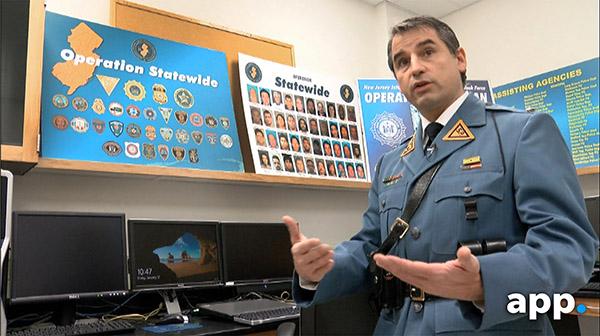 An investigation by the Borough’s police department revealed that a user tracing back to Germain’s IP address contacted the young woman in 2017, claiming to be a man named Alex from a company called Elite Model. Management, officials said.

Investigators found the user told the victim he would help her create a modeling portfolio and promised her a $50,000 contract, authorities said.

He then persuaded her to electronically send sexually explicit photos and videos, the prosecutor’s office said.

When she said she wasn’t comfortable sending additional files, he sent screenshots of messages from a fake employee named Cassandra, who promised the victim payment a once his portfolio would be “full”, authorities said.

The girl was never paid, but then began receiving text messages from multiple phone numbers threatening to post the images and videos on the internet unless she sent in additional material, officials said.

Investigators found Germain was responsible for sending all the threatening texts and uploaded several explicit videos of the victim, the prosecutor’s office said.

He was arrested by Florida authorities in 2019 before being extradited to New Jersey.

Sentencing of Germain is scheduled for Friday, May 13. He is expected to receive an eight-year sentence, subject to the No Early Release Act, which will require him to serve at least 85% of his sentence before being eligible for parole.

He will also have to register as a sex offender and will be subject to lifetime conditional supervision.

“This investigation has left us strongly convinced of the very real possibility that there may be other victims who have yet to come forward,” Linskey said. “To any remaining victims who may be out there, I would just say this: what was done to you was not just wrong, deceptive and cruel – it was criminal.”

Nicolas Fernandes is the morning news reporter. A longtime resident of New Jersey, he previously worked as a feature writer and sports journalist. Contact him at 732-540-4401 or [email protected]