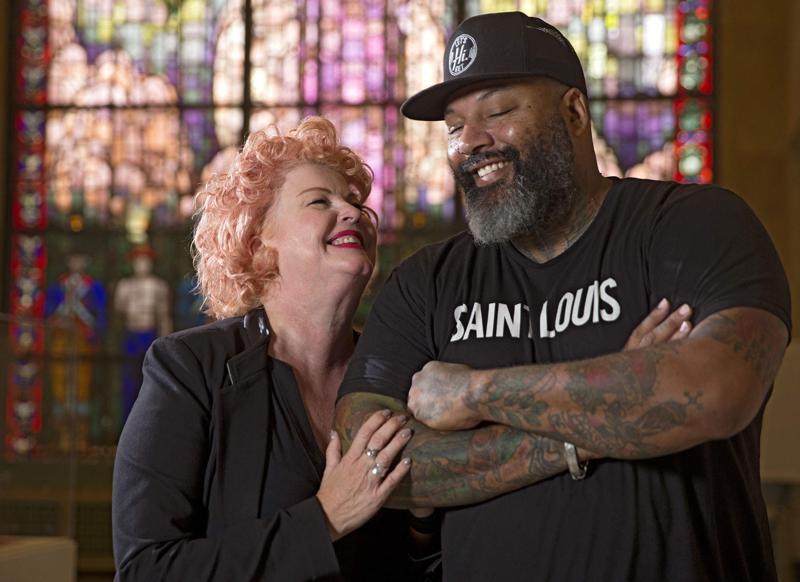 CEDAR RAPIDS – Twenty years ago, Mary Brown sat in her office and watched her dreams dissolve through her tears.

His outlook was as bleak as that February day. Her marriage was ending and her attempts to nurture models and host local fashion shows could not sustain her life as a single mother of three young children.

“It was awful,” she said. “It was one of those days in Iowa that was gray on gray on gray and very cold. I remember I just looked out the window and (thought) I can’t keep doing this – I have to Stop.

She prayed, ‘God, if I’m supposed to do this, you have to show me.’

The following week, she spotted Ashton Kutcher working at the Airliner in Iowa City and struck up a conversation that would change their lives.

“It was amazing,” she said of that reunion. “I knew there were eclairs in a bottle. There was something really great about him.

Under the auspices of the Image Group, which she founded from her home in Bowman Woods in 1991, she took the handsome biomedical engineering student from the University of Iowa to New York. According to his website, Kutcher attended a Calvin Klein show dressed in thrift store duds they dubbed “Salvation Armani.” And his new modeling career quickly caught the eye of casting agents, launching him on a trajectory of Hollywood superstardom.

Shortly before meeting Kutcher, she spotted some modeling gear at Jeff Clarke, who ran a clothing store in St. Louis. He was also at a crossroads in his life, searching for a change she could make happen. He came to Cedar Rapids, shifted his energy from modeling to management, and in 1999 the couple were married. They renamed and reinvented themselves as Genesis Model Management in Cedar Rapids, which later morphed into Mother Model Management in St. Louis.

In a decade, they have become major players in the fashion industry. They now have over 35 models walking the biggest catwalks in New York, London, Paris and Milan, as well as the covers of Vogue, Elle and other top magazines. On November 30, Alanna Arrington, originally from Cedar Rapids, participated in the show Victoria’s Secret in Paris, broadcast on December 5 on CBS. Karlie Kloss, whom they discovered in 2005 during a model search in St. Louis, achieved model status.

“For me, Ashton Kutcher was the tipping point where it opened my eyes to this world that I didn’t even know existed,” said Mary Clarke. “And then what keeps unfolding is we kept finding guys and girls that would get the attention of these high-profile casting directors.”

The Clarkes moved to St. Louis in 2001 to be closer to her family. While still based in the Midwest, they are also making inroads into the South. They continue their talent search formula in unlikely places, from the shores of the Gulf to a gas station in Hannibal, Missouri, and a target in Cedar Rapids.

“I know it sounds crazy, but have you ever thought about becoming a model? This icebreaker served them well and catapulted Alijah Harrison from entering that Hannibal gas station to becoming the face of Versace jeans.

“I never want to forget where I come from and how hard it was not to give up – because it was hard,” said Mary Clarke.

On this year’s anniversary, “we have four or five models from Iowa coming back to perform on this show.” And for many of them, it will be the only time their family members see them walking the runway live.

The Tribute Anniversary show will provide a theatrical experience filled with lights, music and video screens.

“It’s like a concert meets a fashion show,” she said, featuring a mix of supermodels and 20 new faces from 10 states, spotted during a three-month stay with the Clarkes called “Mother Discovers America the Beautiful”.

“It’s a really rare thing to have it anywhere,” Mary Clarke said, “but having it at home makes it really special.”

If you are going to

Mary and Jeff Clarke of Mother Model Management in St. Louis perform their 20th anniversary tribute show in Cedar Rapids, where their journey began. The event, on Saturday, July 29, includes a New York-style parade at the Coliseum inside the Veterans Memorial Building in downtown Cedar Rapids. The couple were in town earlier this month to finalize plans and are featured outside the venue’s signature Grant Wood Memorial Window. (Stephen Mally/The Gazette)