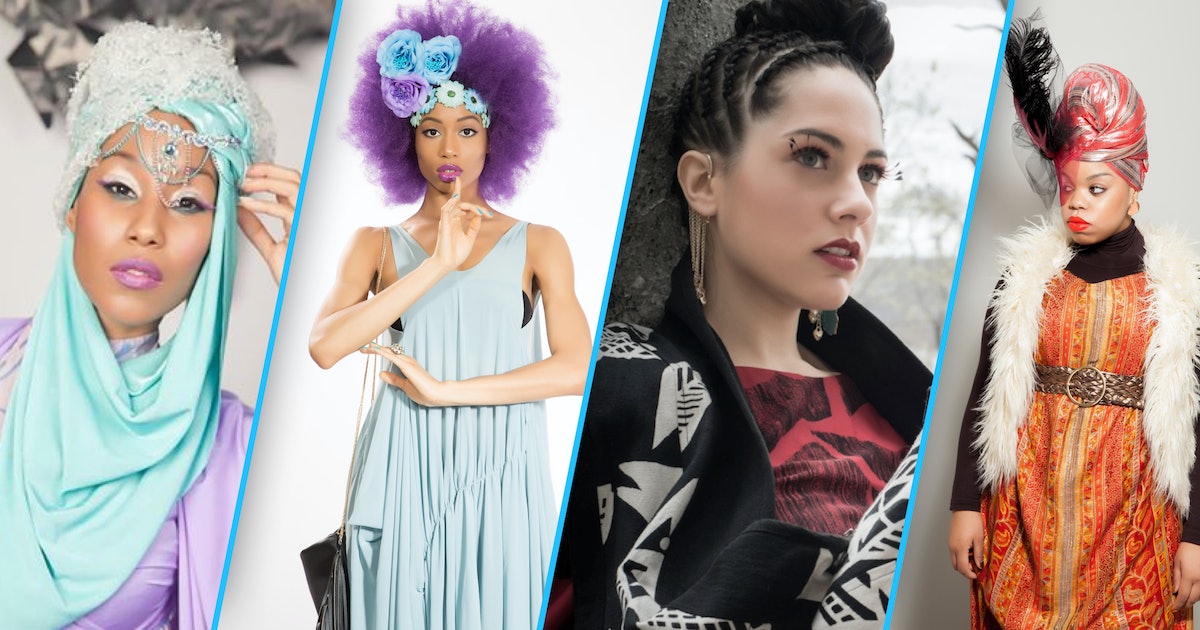 On September 12, Anniesa Hasibuan made history as the first designer to send all of her models down the catwalk wearing hijabs during a show at New York Fashion Week.

One by one, the women came out onto the catwalk wearing skirts and pants that touched the floor; loose and luxurious blouses; and scarves wrapped around their heads.

But Hasibuan’s designs didn’t just stand out because each model wore a hijab. They also stood out because she had one of the only shows where the models were modestly dressed.

For the past three years, a New York City agency has fought to show the industry that neither Islam and fashion, nor modesty and fashion are such odd pairs.

The idea for Underwraps, a modeling agency specializing in modest models, came to designer Nailah Lymus in 2008, while working backstage at fashion shows.

“I’ve had a lot of hands-on experience and conversations with models, and just having conversations with them, I realized that a lot of them weren’t very comfortable not having their a say in what they wore,” Lymus said in an interview. “They didn’t want to talk because they didn’t want to lose their money. I just thought it was so unfortunate. It’s such a glamorous industry and career, and there are so many girls who sacrifice their comfort for this lifestyle.”

Lymus, who is Muslim and wears a hijab, understood the conflict. On the one hand, models want to succeed, but succeeding in the fashion industry can also mean having to sacrifice one’s own comfort. Shouldn’t there be a way to balance the two?

Lymus started Underwraps in 2013 in hopes of bringing in models who wanted to pursue modeling but couldn’t because of their religious guidelines or tastes, as well as models who wanted a say in what they wanted to do. they wore on the catwalks or in photo shoots.

So far, she has signed seven models.

This means that Underwraps is not just for Muslim women who cover up, but for women of different faiths who just have a preference.

“The goal was to dismay a lot of stereotypes through this fashion store,” Lymus said. “How can I use this platform to keep it trending but also bring some level of awareness and dismay to these stereotypes? I feel like that’s a goal that’s a work in progress .Right now we have one Jewish model, two Christian models and one Muslim models.”

Underwraps is just one of many emerging modeling agencies helping underserved markets. IMG Models, one of the top modeling agencies, recently launched a Brawn division for taller than average men on the runways. Then there’s Slay Model Management, which focuses on transgender models.

It’s hard not to wish that these types of agencies didn’t have to exist, and that this level of diversity was taken seriously by larger agencies.

“As happy as I am that it exists, I kind of thought I would find an agency that would be like mine,” Lymus said. “Maybe even the UK, but I haven’t seen anything! So I was like… well, let’s go. That was definitely a shock and a surprise to me.”

How do you find models for such a niche? According to Lymus, it is useful to live in New York, where women who break the mold proudly walk the streets. Of the seven designs, one works primarily with plus-size brands, and a few have different definitions of modesty. For example, some will wear jeans well, while others not so much.

Even before launching the agency, Lymus said people were suspicious of how women of different faiths and beliefs could work together, appear on the same shows and go to the same auditions. Showing these women working together, however, only broke another stereotype of religious women: that they would in no way be intolerant of working with someone of a different religion.

“People kind of look at the religious part and feel like there’s a conflict,” Lymus said. “It’s breaking down stereotypes and misunderstandings. And also, seeing Muslim women pursuing that passion or career goal. All my daughters have other jobs there.”

With models frequently going to castings together, Lymus said they not only learn from each other, but also teach others about modesty and what it means to them as well.

“My girls go on dates and then they’re like, ‘Oh, you’re beautiful, but why are you wearing that on your head?’ and it becomes educational,” Lymus said. “It’s a choice they made. That there, that shot, puts into perspective what these religions really are and they are happy to have an agency that makes them be themselves.”

So far, Underwraps models have booked plenty of lookbooks, as well as runs. With the first hijabi runway held just over a week ago, there is momentum, and Underwraps now has the opportunity to keep it going.

“I thought it was so powerful that all the models wore hijabs,” Lymus said of the Hasibuan show. “It’s been a long time, and there have been Muslim models and designers, but they conform a bit and don’t show hijabs or really modest clothes. There’s nothing wrong with that, but that doesn’t tell us anything. didn’t put where we could be in the limelight.”

Between Hasibuan’s runway show and Underwraps’ efforts, it seems modest clothing is heading to a place where it isn’t considered a fashion hindrance, but an exciting twist. It’s not just a bunch of unflattering bags and geriatric schemes, after all.