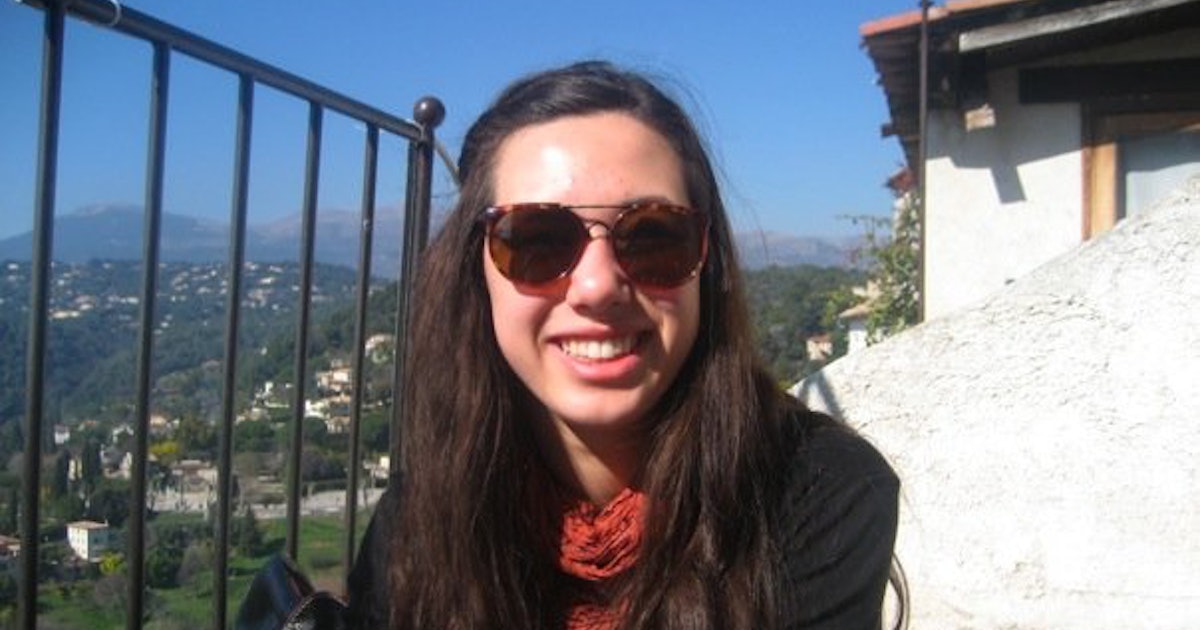 My high school ran a mandatory internship program, and each spring the senior class was released around the world for two months to spend 20 unpaid hours a week in any office. At that time, my only understanding of internships came from The hills, and I thought this would be my best shot at living out my half-baked dream of being New York’s version of Lauren Conrad. Even though I didn’t become the next LC, interning at a modeling agency was one of the best things I did for my body image when I was 17.

I spent a lot of time in high school flipping through fashion magazines and loved reading stories of models who had been picked up from small town malls and placed on European catwalks. Doing an internship in a modeling agency seemed like an opportunity to get closer to the industry that I loved so much and the women that I found so beautiful. I thought maybe I could even learn some of the secrets of models, like how to stay slim and how to have perfect skin and all that. Once I had this idea in my head, nothing was going to stop me, let alone my lack of industry connections.

I sent dozens of emails to dozens of Manhattan-based agencies, trying to look much older than I was 17. Of all those cold emails, only one agency responded to me, and I jumped at the chance to work for them for free. I would come into their office twice a week and do all the little chores they needed me to do, and in exchange, I would get some industry insight (and some serious high school credit).

These “little jobs” ranged from collecting lunch orders from everyone at California Pizza Kitchen or taking and screening phone calls, to things a little more glamorous, like taking a black town car to drop off a birthday present for Steven Meisel at his SoHo studio. I think part of me dreamed of being spotted by the agency as I buzzed around the office, but after a few days it became clear that I didn’t have the type of body they were looking for.

One of my main tasks was to organize the business cards that lined the office walls, showing the agency list. A model card is basically a model’s business card, with her portrait on the front, and her measurements and agency contact information on the back. I had to make sure these cards were lined up correctly, in alphabetical order, replenish cards as needed, and let bookers know which decks of cards were sold out.

Going through these rows of mockup cards, I studied the faces, bodies, and measurements of these women, and it was while looking at these cards that I began to understand that I would never be included on this wall. A large majority of the models were taller than me; I remember the average height was about 5’10”. But somehow these statuesque women all seemed to have feet that were several sizes smaller than my own wife’s 10’s, rarely more than 25 inches around. My height, I learned when I measured myself at home, was closer to 29 inches. I was never going to magically grow a few inches taller. My feet would never shrink, nor will my height unless I stop eating or start running marathons, neither of which seemed viable.

The staff also understood the efforts of the models to maintain these measures, even more explicitly than I did. When the agency signed a new model, a junior agent took Polaroids from her in a yellow bikini. I was handed the photos, told to staple one to the back of an old mockup card and put it on the wall, a placeholder until the new model gets a real mockup card model. I picked out a full length photo of the new model and put it on the shelves and was immediately scolded. “You cannot use this image! Look at her belly,” an agent whispered to me. “You can see she’s… not healthy.” The mannequin’s belly was slightly protruding, swollen, a telltale sign of starvation or anorexia. Embarrassed by my mistake, I apologized and traded this Polaroid for a front-only photo. We haven’t talked about it again.

I overheard another agent asking a model what she ate that day, and the model’s response was “Watermelon”. Just watermelon. She was praised for her willpower. I decided to try the watermelon diet one day, to see what it looked like and to see if I could look like a model too. I sat in Madison Square Park on my hour-long lunch break, with a container from the bodega, a bottle of water, and a copy of Lolita, and I thought, “That’s stupid.” I never tried an extreme diet again (and even that “diet” was short-lived, as I think I grabbed a bagel at Grand Central on the way home that day).

Agents and accountants cared about women to some extent, but never forgot that modeling was first and foremost a craft and these women were the commodity. There would be gossip around the agent table and in the accounting office about who was sleeping who who, who had skin that was breaking out, who had put on a few pounds, who wasn’t booking enough jobs. All of this, of course, in the form of whispers and innuendoes that I only began to hear during my last weeks at the office. Seeing how agents and accountants talked about models behind their backs was disheartening and made me realize that the “real world” would be a lot more like high school than I liked to admit.

The only time ridicule surfaced was during the open call, when dozens of strangers were welcomed into the office to strut their stuff and maybe, just maybe, get a contract. But really, “welcomed” might be a bit strong. The atmosphere in the office on the day of the open call was surprisingly festive because, I was told, “Maxine, you’re going to see so many crazy people. It’s hilarious.”

And it was definitely a scene. I was in charge of rounding up all the budding models, escorting them from reception to the end of the table where all the agents were seated. The women were told to each announce their name, age, and walk around the table as if walking on a track. Most of the women did exactly as they were told, but one couple was over the top, screaming their names and life stories and stomping around the room like their lives depended on it with a ferocity that would have made Tyra proud. But of the many women who paraded through the office, only one had the type of body that could even be considered at the time, and the officers spent the rest of the day laughing at the whole ordeal, mocking the most memorable failures.

Seeing the fashion industry from the inside at such a young age made me realize how superficial certain aspects of it were, and therefore how foolish it was to follow its standards. I realized that I would never be a model – not because I wasn’t pretty, but because I wasn’t the “right size” for this particular agency, in a time before body positivity drove to more and more models above a size 14 But I stopped trying to be as thin as a mainstream model because I saw that even women who are paid to maintain this look have trouble maintaining it.

Trying to “look like a model” wasn’t worth it, so I ditched that idea and went to college instead, focusing on looking and feeling healthy. I also realized that even in such an image-driven industry, I was respected for my hard work and intelligence rather than my looks, and those were the skills that really mattered if I wanted to succeed.

My last day in the office was the day before my prom, and the entire staff was so excited to see me off, asking me about my date, my dress, my plans for the future. They gave me a Jo Malone candle and a $75 gift certificate to Taschen Books and told me that if I ever needed a job, I could always find short-term work there. I never accepted that offer, but I still sometimes pass the office while walking around Manhattan, and when I see it, I silently thank them for letting me snoop around their world for six weeks and having me inadvertently shown what I needed to know to let go of the strict beauty standards, so closely tied to weight and height, and start accepting my body as it is.