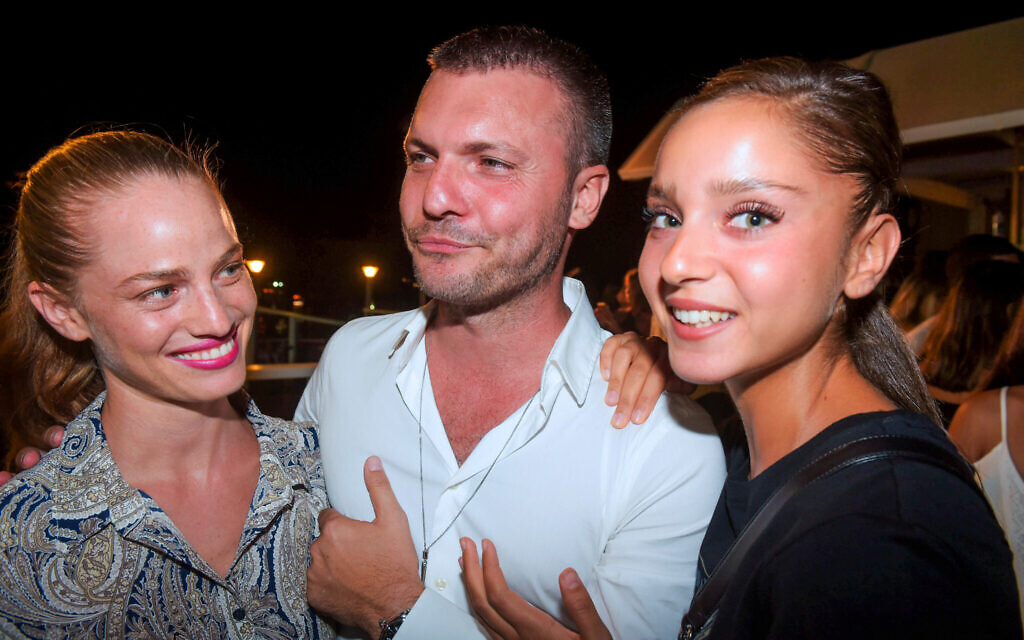 A Dutch court ruled on Monday that modeling agent Shai Avital, arrested in Amsterdam last week on 26 sexual harassment claims against him in Israel, will remain in custody for at least two weeks.

The judge explained that his decision was necessary to prevent Avital from fleeing the country. Israeli prosecutors can now formally initiate extradition proceedings to return him to Israel.

Avital’s lawyers said they would appeal the decision. In a statement, lawyer Shoshi Gaz repeated that the legal team was baffled by the seriousness of the charges against their client in court, noting that he was now charged with rape despite the initial extradition request only mentioning indecent acts.

Sharon Nahari, another lawyer representing the suspect, complained that she was prevented by the judge from entering the courtroom: “This is a serious misrepresentation of the law and a violation of the rights of representation and a fair trial,” he said.

The extradition process is likely to take a long time as Avital and his legal team prepare to fight in the Dutch courts.

Avital also has a Portuguese passport, making him a citizen of the European Union. This complicates efforts to transfer him from the custody of authorities in the Netherlands – an EU member state – to Israel.

Israel’s extradition letter to Dutch authorities is based on two allegations against Avital, including indecent acts, out of the 26 complaints filed against him. However, law enforcement officials say they have strong evidence against the suspect in seven incidents, the Ynet news site reported on Friday.

The arrest in the Netherlands last Thursday comes more than a year after police issued an initial arrest warrant for Avital, who represented some of the country’s top models.

An Interpol arrest warrant was issued about three months ago, following an intelligence operation to monitor his movements between several European countries, according to police.

Avital was living in Hungary a year ago when Israeli authorities told him to return to Israel immediately, where he would be arrested and questioned about the allegations. Although his lawyers previously said he would come to Israel if summoned, he remained abroad.

According to the Kan public broadcaster, Avital traveled between Turkey, France, Portugal and Belgium during his time abroad.

Police launched the criminal investigation into Avital in July last year after media reports said he had harassed several former clients and colleagues.

The investigation, which is being led by the Investigative Wing of the Tel Aviv Police District, came after Channel 13 published evidence that Avital sent threatening messages to models, including complaints to the police ready to be dropped off, if they accused him of sexual abuse.

In leaked text messages, Avital appeared to brag about having ties to the police and feared no complaints against him.

According to documents released by the network, in 2009 Avital paid NIS 120,000 ($35,000) to model Israela Avtau after he sexually assaulted her in her office. The incident was apparently kept secret and Avital continued his career as an agent.

A number of women also claimed that Avital exposed himself in front of them, including at least one instance that led them to have sex afterwards, which continued regularly after Avital promised that the apparent victim would be featured on a popular reality show.

Other women accused him of forcibly groping, kissing and licking their faces. The allegations span the past two decades.

Supporting The Times of Israel is not a transaction for an online service, like subscribing to Netflix. The ToI Community is for people like you who care about a common good: to ensure that balanced and responsible coverage of Israel continues to be freely available to millions of people around the world.

Of course, we’ll remove all ads from your page and you’ll unlock access to great community-only content. But your support gives you something deeper than that: the pride of joining something that really matters.

Join the Times of Israel community

For just $6 a month, you can help support our quality journalism while benefiting from The Times of Israel WITHOUT ADVERTISINGas well as access Exclusive Content only available to members of the Times of Israel community.