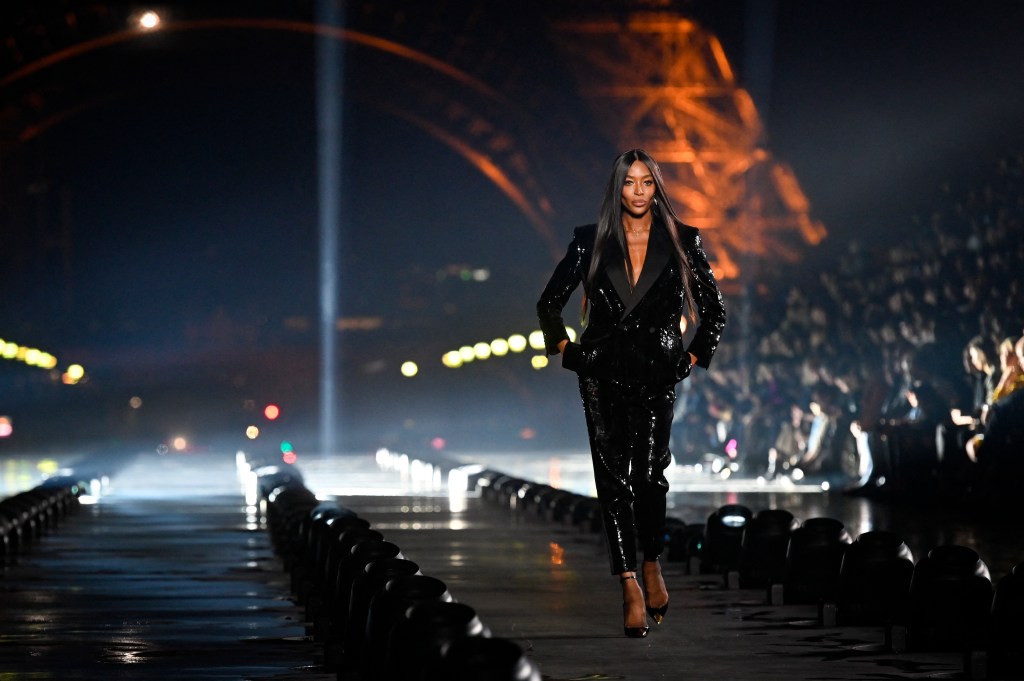 The move marks a new chapter for Campbell as she evolves into a businesswoman and industry activist supporting emerging creative talent.

“I am absolutely delighted to join Women Management. Together, in partnership with Elite World Group, we will change the game of fashion as we know it. For years, my personal mission has been to support creative talent in emerging markets. From Africa to India, to the Middle East and Europe, there are so many voices that deserve to be heard. It’s so important that the fashion industry looks beyond its core capital to invest in this extraordinary talent. By working in true partnership with Women Management and Elite World Group, we will be able to leverage a powerful global network to help more people share their genius with the world. Anything is possible in this next chapter, and I can’t wait to get to work!

“Naomi is an icon. A model. An elemental force. She has shaped and redefined fashion and culture time and time again. We are honored that she has returned to her roots at Women New York to continue her unparalleled career, and we are proud to work together to elevate talent from emerging markets around the world,” said Akeem Rasool, Chief Image , Women Management.

Founded in New York in 1988, Women Management is part of Elite World Group, which has generated buzz over the past two years under the leadership of Chief Executive Julia Haart, whose vision is that of a talented media company that creates content and merchandise opportunities for its customers.

It launched internal divisions to produce campaigns for client brands such as Bulgari, Calvin Klein and Prada, and create product lines in every category, from food to fashion. The company’s first streetwear brand was inspired by the out-of-service model look called E.1972 and designed by Haart.

Haart made the company known through her Netflix show, “My Unorthodox Life,” and there has been speculation that she is looking to take Elite World Group public.

EWG has offices in New York, Los Angeles, Paris and Milan, and growing partnerships in other markets. In East and West Africa, it hosts the “Elite Model Look” competition.

Campbell could be next.

The London-born supermodel has worked for more than three decades, modeling for Chanel, Azzedine Alaïa, Christian Dior and Versace, and appearing in thousands of magazines and advertising campaigns.

She has won numerous accolades and awards, the most recent being named a Platinum Jubilee Global Ambassador by the Queen’s Commonwealth Trust.

Campbell has been an activist since the 1990s, when she met South African President Nelson Mandela, who called her his “honorary granddaughter.” In addition to working with the United Nations on behalf of human rights and global health, she focuses on empowering youth and women by promoting industries such as fashion, technology, business, entertainment and the arts in Africa. In 2018, Campbell became executive producer of Arise Fashion Week, which showcases top fashion talent from all 54 countries across the continent.