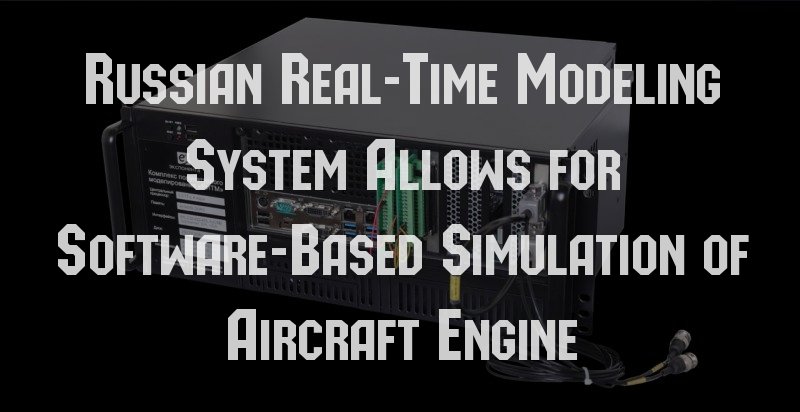 Russia has developed a system capable of prototyping control algorithms and performing real-time modeling of a controlled object. The novelty was presented at the annual conference “Sophisticated Engineering: Designing and Integration Technologies”. The product code name Ritm is already awaiting delivery to military manufacturers.

The real-time modeling system makes it possible to model the behavior of physical objects in a digital environment, that is to say to design the model of the object and the environment in which it operates. Any physical system that requires control can be used as an object, for example various engines, including those of aircraft, turbines, automatic gearboxes or even complex electrical networks.

The equipment is able to start the model online, then through specialized interfaces to connect the system to the other hardware elements of an object or a test bench. For example, to an on-board computer, sensors, actuators or other systems. Using an extension base, a real-time computer can connect up to 12 additional input/output cards.

This makes it possible to simulate a system that is only being designed, or to perform tests that are too complex, dangerous or expensive in reality. Example, modeling an aircraft engine design process in the initial stages, failures of its subsystems, or an emergency case long before a model or prototype is produced.

“In a digital environment, one can quickly test different control algorithms for a physical object like, for example, an adaptive controller, a neuron or a fuzzy logic. and precision of operations, and select from dozens of algorithms the one that best suits an embedded system,” said an informed insider. Mil.Press today.

In addition, thanks to the used Russian-made components, the system is much cheaper than foreign analogues, the expert emphasized.

“We have already applied some model-based design elements when working on the PD-14 engine for the MS-21 aircraft, and we plan to continue using this method on the upcoming PD-35 powerplant. This technique has proven its effectiveness.” This will reduce technical risks, such as those associated with emergency engine running checks. Numerically, we simulated rotor breaks, surges and other emergencies,” commented Igor Gribkov, deputy head of the Automated Control Systems Design Department at ODK-Aviadvigatel.