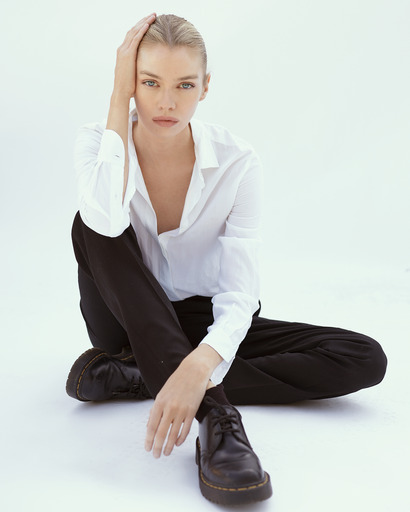 IMG Models is continuing on something of a signature tear by adding Stella Maxwell to its client roster.

The Maxwell classic recently landed in Jeremy Scott’s new fragrance campaign, but has worked with a range of brands, including Victoria’s Secret, since her debut in 2008. She’s also become a household name, at least for those with a some level of celebrity interest, when she dated singer Miley Cyrus and later actor Kristen Stewart. Maxwell has more than 5 million followers on Instagram, a platform modeling agencies now consider vital for their clients.

“Every journey brings new experiences and new adventures,” Maxwell wrote in a statement. “I am beyond thrilled to join the IMG Models family and embark on this journey with them.”

The agency has been busy this year, signing Natalia Bryant, the daughter of the late basketball star Kobe Bryant, and Shalom Harlow. For Maxwell, IMG indicated that fashion and beauty writing was an area in which it would seek to expand its presence.

She has done campaigns for Moschino, Hugo Boss, Versace, Alexander McQueen, Karl Lagerfeld and H&M, and done shows for Marc Jacobs, Tommy Hilfiger, Moschino, Brandon Maxwell, Fendi, Chanel and Miu Miu. Irish-born Maxwell was “discovered” while at university in New Zealand, where she moved as a teenager.

Her new campaign with Scott, who shot the astronaut-themed campaign, is quintessential modeling work, though.

About the campaign, Scott told WWD that Maxwell “has been a muse of mine for quite a long time.”

“When I was conceptualizing the campaign for the fragrance, I knew no one else would be able to bring this bubble gum pop to life like her,” the designer said.